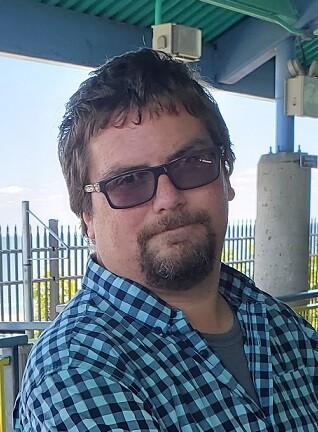 10 days ago
It is with great sadness that the family of Daniel James Miller announces his passing after a sudden illness at Foothills Medical Center on September 8, 2020 at the age of 44 years. Daniel will be lovingly remembered by his wife of 14 years, Karen and his daughter Natasha, by his parents Dianne and Jim Miller, by his in-laws Edward and Kathe Godsalve as well as numerous family members and friends. An outgoing, friendly and charismatic man, he will be dearly missed by his family and friends in two countries.
Daniel was born in Detroit, Michigan, where he grew up and graduated from Romulus High School in 1993. In 1996 he moved to Chicago where he lived and worked for six years before returning to Michigan.  In 2004, Dan met his future wife, Karen Godsalve and then relocated to Calgary in 2006.

He worked in several professions throughout his life, including television post-production, printing and auto repair, but his main passion was music. He played in several bands in high school and after graduation. In 2002, he developed a passion for DJ’ing which he continued to do until his untimely passing.

A Celebration of Daniel’s Life will be held at later date.