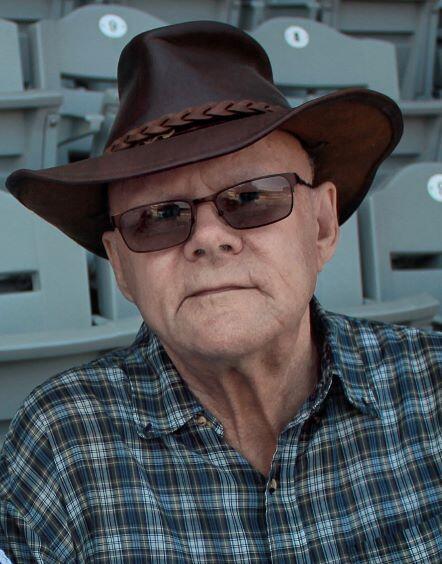 He was predeceased by Valentine Marie (Kapush) in 1987 and Margaret Rose (Opitz) in 2017, parents Arthur and Simone Conlon, and sister Shirley Strain. Don is survived by sons Kevin (Carmel) and Kelly (Laurie), brother Allan (Evelyn), in-laws Patricia and Lloyd Bisson, and Ivan Kapush, as well as  many extended family and friends.

Dad was employed by CP Rail for over  35 years, retiring in 1991. He joined the railway in 1955 in Kenora Ontario, following in the footsteps of his father and grandfather, who were also employed by the CPR. He met our mother in Kenora where she had just begun her career as an elementary school teacher.  They were married in 1963 and relocated to Winnipeg shortly after. Dad and Mom  spent many happy years raising us and building their lives together in Winnipeg.

Dad met his second wife Margaret in 2000. They were married shortly after, and spent many years travelling (almost always by bus – Dad hated air travel). Margaret was his partner in crime, kept him on his toes, and lovingly cared for him until her passing. In 2018 Dad realized that living alone in Winnipeg was becoming too great a challenge for him and he relocated to Calgary.  As his health deteriorated he fought through the challenges that were thrown at him with great determination.

Dad’s favourite past time was his Friday night bowling league at the German Club in the North End of Winnipeg. The friendships made during his many years of bowling lasted a lifetime. Dad’s most significant achievement in life was providing a stable loving home for our mother and us. Through his example we learned  the value of hard work, determination and perseverance. We will be forever grateful for the opportunities life provided us as a result of his hard work and sacrifices.

In keeping with Dad’s wishes there will be no funeral service. Dad will be interred with our mother in Winnipeg at a later date. In lieu of flowers please consider a donation to the Canadian Diabetes Association.

Many thanks to the dedicated staff of Dad’s Long term care homes in Calgary – Agecare Glenmore and Bethany Riverview. Also thanks to Dad’s family physician of over 40 years, Dr. D. Caners.