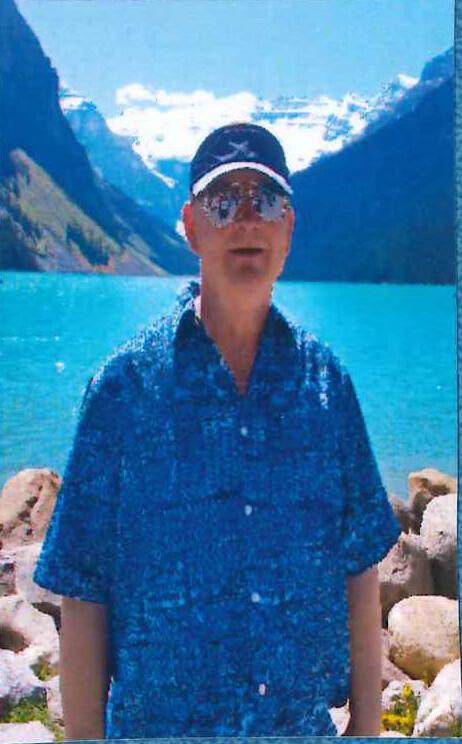 Frederick B. Rubens passed away suddenly on July 2, 2020, during the COVID-19 pandemic at AgeCare – Sky Point, due to an unknown cause of death. This was a very hard time for Fred and his family as due to the pandemic restrictions, family was unable to visit. Fred was born in Calgary, Alberta in 1960. He was a shy and easy going child who was easy to please and very well mannered. He loved music, animals, cars and motorcycles. Following his high school graduation from Crescent Heights, Fred went on to pursue an apprenticeship program for mechanics at Jack Carter Chevrolet – Olds. His favourite car was an 80’s Gold Trans-Am and he rode a Honda Goldwing and a Kawasaki Motorcycle. He worked at Lucifer Lounge part-time to buy more parts for his cars and motorcycles. He took many trips to California to see the ocean. Fred was well liked in school and enjoyed making others laugh. Fred was involved in a motorcycle crash which resulted in a traumatic brain injury (TBI), which was the start of his descent. It seemed like years after his accident, he deteriorated due to many medications, as the TBI/Concussions were not well recognized or understood. He never seemed to want for much as he was “Sermon on the Mount” – The meek shall inherit the earth! Matthew 5:3

Frederick is survived by his cousin, George (Debora) Stuetz of Edmonton, Alberta; Sister, Irene Rubens of Calgary and Aunt Christine. He is predeceased by his older brother, Norbert (April 2014); Mother (March 2014); Father (2002).

He was a much loved Brother, Son and Cousin. His infectious smiles and sense of humor will be greatly missed. May he truly rest in peace – no more suffering and free to ride his motorcycle, drive his cars and listen to his music. Till we meet again.