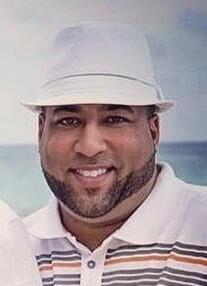 It is with profound sadness that we announce that Lucas (Quigley), Lynden Daniel “Jigga”of Calgary, passed away suddenly on Monday, November 4th, 2019 at the age of 35 years, peacefully at home. Lynden was the son of Ronita Quigley and Andrew Lucas.  He was born in Halifax; raised in the community of Mulgrave Park.
Lynden was a manager for Young EnergyServe Inc. in Alberta, an extremely hard worker that enjoyed what he did.
He will be remembered by his contagious smile, kind spirit and wisdom. Lynden loved to barbecue, watch sports and enjoy the company of friends and family.
We will miss his easy going, friendly and generous personality. Lynden was an amazing father who thought the world of his children; as they thought the world of him.
He is survived by the love of his life Rhonda Smith; son Kaiden “Lyndel” Kelsie; daughters Lazaria Smith and Ke-ira Kelsie; sisters Larissa “Queen” Quigley and Dominique Foote; brothers Tyrell Lucas and Ricky Arab Jr.(Julie); nieces Kaceia, Roxy and Rosy; stepfather Ricky Arab; Grandparents Rita Watt, Ronald Quigley. He was predeceased by Fred and Mildred Lucas; godmother Robin Lucas and godfather Clarence Watt.  Lynden is also survived by his special cousin Cora Lee Lucas; best friends that were more like brothers, Micheal Tynes, Maurice James, Calvin Lucas and Buzzy Paris; as well as beloved aunts, uncles, cousins, godchildren and numerous friends.

Funeral Services will be held at Saint George’s Round Church, 2222 Brunswick St. Halifax, NS on Monday, November 11, 2019 at 1:00 pm with Pastor Sherry Avery-Gilmore and Father Nicholas Hatt presiding. Those wishing to pay their their respects will be able to do so prior to the service, beginning at 12:00 pm.

Condolences may be forwarded through https://www.countryhillscrematorium.ca