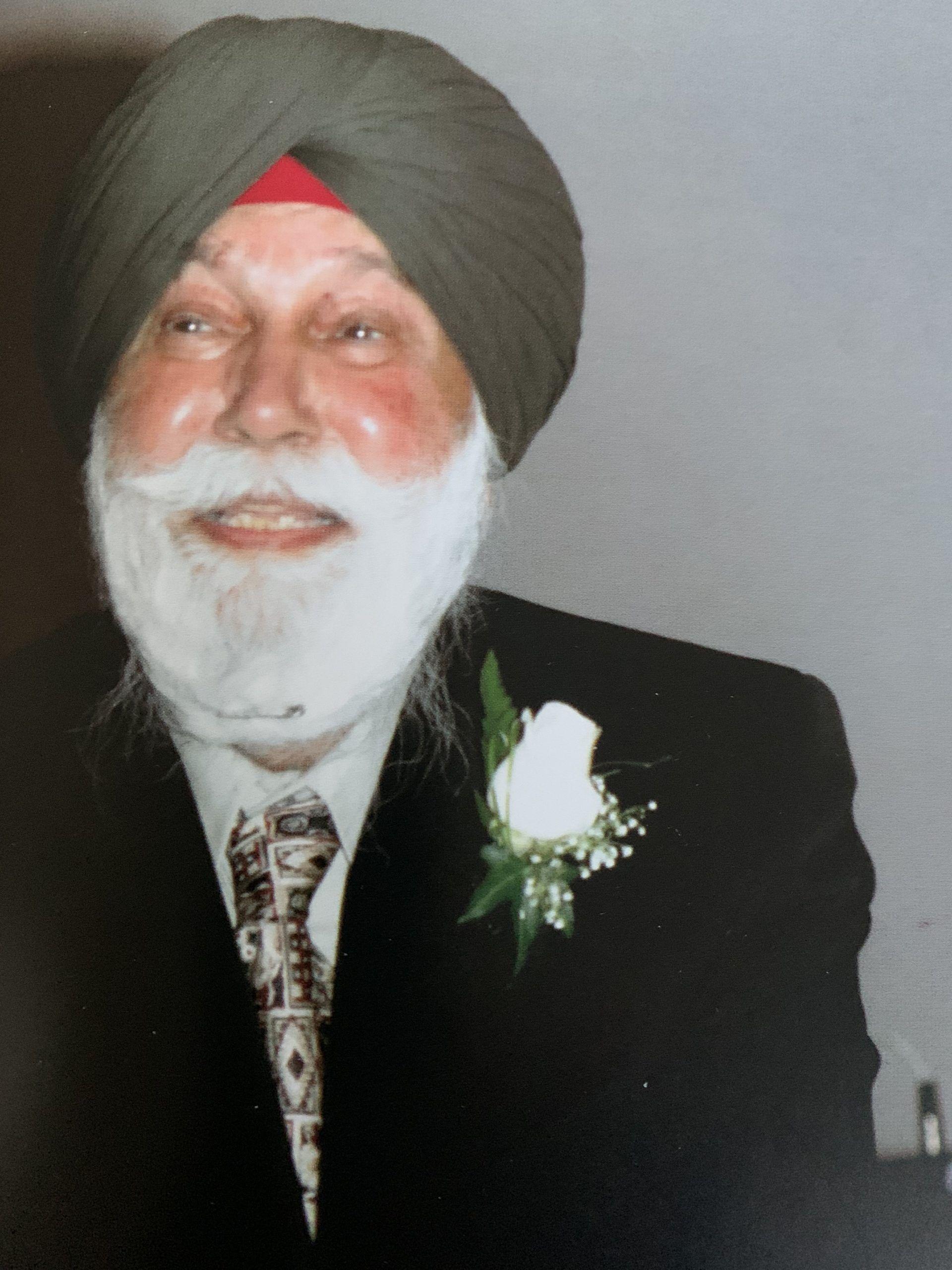 Phuman Singh Vaid passed away peacefully at Foothills Medical Centre on April 13, 2021 at the age of 93.

He was born November 03, 1927 in Montgomery (now in Pakistan). He was quite young when the family moved to village Naura in (then) District Jalandhar of Punjab, India. After high school, he joined the British Royal Navy as a Commissioned Officer during World War II. He got married to Dalip in 1945. After the war, he lost his commission and worked in the Defense Department in New Delhi. That is where he got his Bachelor of Arts and Bachelor of Education degrees. He loved music , dance, bhangra and performing arts. He and his wife Dalip performed in a few dramas written by late Dr. Harcharan Singh, famous Panjabi playwright, whose daughter, Jagbir, later became his daughter-in-law. In 1957, he went to England, leaving behind his wife Dalip and three kids Jagjit, Manjit, Ravinder, and taught there for 3 years. From England he came to Canada in 1960. At the time he came, he was probably the very first East Indian teacher in Saskatchewan. His wife and three children came to join him in 1966. He started teaching in Spring Valley (a small town near Moose Jaw), Saskatchewan. Spring Valley was a K-12 school in the Assiniboia School Division. He taught English, Math, Social Studies mostly at the High School level and also coached Volleyball and Badminton. While teaching there, he obtained another B. Ed degree, through summer school, from the University of Manitoba in Winnipeg. He finished his teaching career, later becoming Vice Principal and Principal, in the same school. All through his teaching career, he was quite involved in the Saskatchewan Teachers’ Federation work. He represented the Assiniboia School Division as Counselor at the Saskatchewan Teachers’ Federation for a number of years. He served as President of the Assiniboia School Division’s local chapter of STF. He was honored for his long service in the STF Council and was given honorary Life Membership in it.

In 1996, he moved his family to Calgary and again got involved in community activities. He was quite active in Sikh Society of Calgary Gurdwara for a number of years and served as its President. He was also involved in Indian Ex Servicemen Immigrant Association for years and later served as its President. He was a very social person – loved making friends and entertaining people.

Phuman and his wife Dalip lived independently in their own house in Edgemont till 2016. When his health deteriorated, his son Jagjit and daughter-in-law Jagbir moved them into their own home in Sherwood to care for them. He was very well looked after in the house till the end.

Phuman is pre-deceased by his father, Sardar Gurbachan Singh and mother Bibi Sant Kaur of Village Naura, now in District Nawan Shahar, by his eldest sister Gurdev Kaur and her husband Sardar Milkha Singh of village Kahma in old District, Jallandhar, by his younger brother Sardar Jagtar Singh Vaid of Derby, England. He is survived by his loving wife, Dalip Kaur Vaid and sister-in-law Gian Kaur Vaid of Derby. His brother’s family is settled mainly in Derby, England, and one daughter in California, USA. His sister’s family (nephews and nieces) is settled in Florida and Boston area of United States.

Due to COVID restrictions, capacity is limited to 20 people. To view a live stream of Phuman Vaid’s Funeral Ceremony please follow this link: https://us02web.zoom.us/j/84457722999