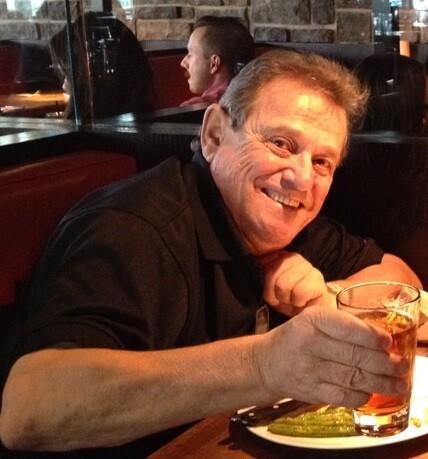 Wade was born in Loon Lake, SK on October 19th, 1950 to Irving and Ida Brown.  He was the youngest of six boys (Wes, Vern, Dennis, Leon, and Lynn) and grew up in Lloydminster, SK.  In 1969, he met his future wife, Faye Odegard, while getting some bootlegged liquor behind a bar.  In 1971, surrounded by family and friends he would tie the knot with Faye.  They relocated to St. Albert, AB in 1972 where Wade worked at the Sears Warehouse as a forklift operator.  In 1974, they welcomed their first son, Todd who was followed by second son, Dean, in 1977.

The next adventure in Wade’s life came in 1979 when the family relocated to Calgary and he became a part-owner of the Centre St. Dairy Queen.  He worked hard at this job to make life better for his family – often working more than 60 hours a week.In 1982, the family welcomed one more boy (apparently it’s a Brown thing) Bruce, into the family.

In 1988, Wade moved on from Centre St. Dairy Queen to the Hunterhorn DQ with his wife and Russ Wallace as partners.   Another opportunity arose in 1997 when the three of them partnered up again and started Bruskeys Pub.  Through hard work and building relationships with their customers/friends, both businesses were a success.

After years of hard work, Wade retired in 2008 and both businesses were sold.  He continued to enjoy a drink with friends, card playing at home, and heading to the casino to “hit it big’ on the slots.  Throughout his life he made many friends and always loved to make people laugh.  Sadly, on December 24th, 2018 he passed away. He died peacefully having said goodbye to many loved ones. Wade – husband, father, brother, uncle, cousin and friend to many will be forever be remembered in our hearts.