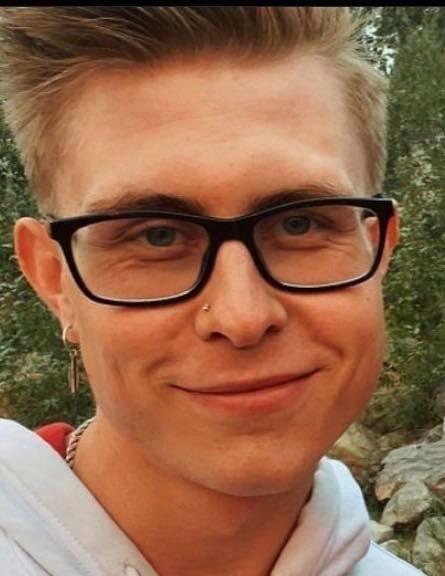 Duncan Alexander Steinhauer passed away suddenly at home on February 1st 2021 at the age of 22 years. Born in Calgary in 1998, Duncan was predeceased by his grandfathers Richard Martin and Herb Steinhauer as well as a Grandmother Freda Martin. He is survived by his parents Lesley and Doug and his brother Sam, as well as his numerous Aunts, Uncles and cousins in Calgary, Winnipeg, Montreal and Houston.

Duncan’s greatest passions were traveling and playing football. Despite his few years he managed to see France, Germany and Italy as well as most provinces in Canada and many States. His passion for football began with playing for the Olds Huskies peewee team and continued with Bantam and Midget football with the Airdrie Raiders. In addition, he was an active and standout member of High School teams: the George McDougall Mustangs and the Bert Church Chargers. Through the football community he is lovingly remembered.

Following High School Duncan finished playing football and began a new chapter with a work life at several different businesses. He made many new acquaintances and developed a tight circle of very close friends. They remember him as a caring person who lit up rooms with his amazing smile and positive energy. In their times of need he lifted them up and gave inspiration to so many. He will be sorely missed.

In lieu of flowers, it is Duncan’s wish that any contributions be made to the Airdrie Flag Football Association of the Airdrie Football Society (394 Coopers Drive SW, Airdrie, AB, T4B 0C8) or via email transfer to afsflagfootball@gmail.com .

As his close friends said: “We will forever cherish the memories we made, our plans to conquer the world and the moments we shared to pursue that end.”