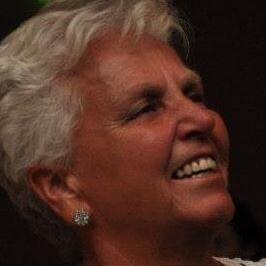 It is with great sadness that the family of Marjorie (Marj) Baird announces her passing after a long battle with Cancer on December 17th, 2019 at the age of 70. She was born to parents Samuel and Marie Claire (Dutrisac) Ashton on July 1st, 1949 in Medicine Hat Alberta. She was raised with her 6 siblings on the Homestead in Burdett Alberta. She had recently relocated from Powell River B.C., to Airdrie Alberta to be closer to her son and his family. Marj passed away at Dulcina Hospice Care in Calgary Alberta.

Marj moved to Calgary, Alberta with her family in her teenage years, where she later met her first husband Edward Tarry. After the birth of their son Timothy they moved to Kelowna B.C. Marj and Timothy later moved to Powell River B.C. to live with her second husband Bruce Baird. Marj worked in the Health Care profession, as a Care Aide, Home Support Worker and Activity Worker for over 45 years, retiring from Evergreen Extended Care in Powell River.

Marj and her second husband Bruce were married in 2002 in Hawaii, where they shared some of their fondest memories. Together they enjoyed the atmosphere and activities a small town had to offer including, attending movies at The Patricia Theatre, functions at the Moose and Legion as well as shows at The Evergreen Theatre. A few of her favourite pass times included playing BINGO, Cinch, and Whist with close friends, darts at the Legion, and Volunteering at the Stroke Club. She also enjoyed gathering with the ladies at Tim Horton’s and sheering sheep out at the farm

Marj will always be remembered as a take control, problem solving, and no nonsense kind of lady. She was always willing to lend a hand and an ear, gave amazing advice and was never judgemental. Marj was one of the strongest, most compassionate and loving ladies you could ever hope to have met. Her family and friends were always held at high regard, especially her son Tim.

Marj’s family would like to extend their appreciation to the staff at Dulcina Hospice Care, as well as Airdrie Home Care Support and her family doctor at La Vita Medical. In the Spring the family will announce the date of the memorial service which will be held in Burdett Alberta.