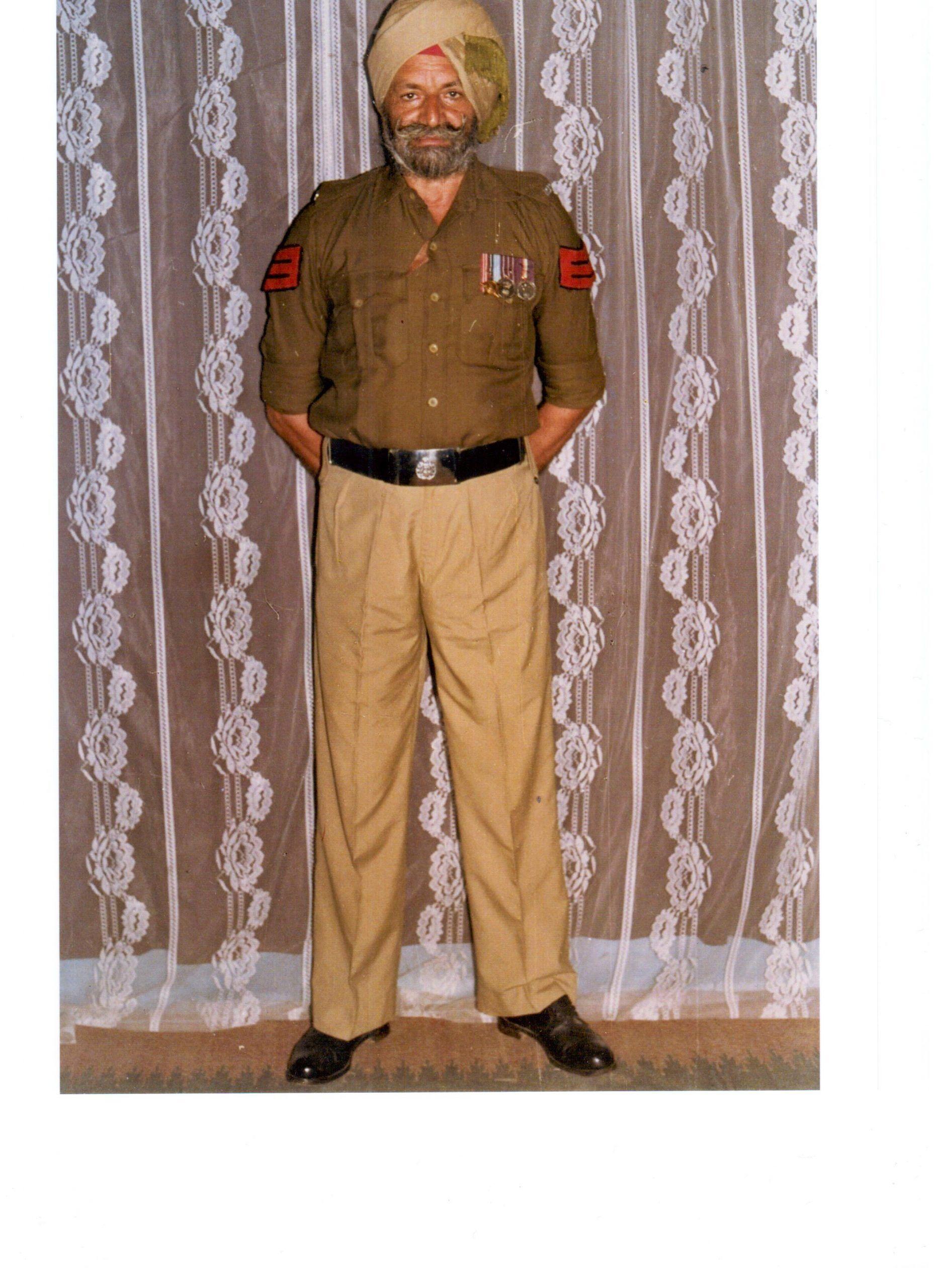 Assa Singh Gill passed away on August 27, 2019. He leaves behind 4 children, 11 grandchildren and 10 great grandchildren.

Assa Singh Gill was born in the small village of Chak India on April 16, in the early 1930’s. Born into a small farming family, he was the oldest of 9 siblings. Assa Singh had 4 brothers, Didar Singh, Karam Singh, Joginder Singh and Amarjit Singh as well as 4 sisters, Meeto Kaur, Baksho Kaur, Piari Kaur and Gaami Kaur.

From Chak India, Baba Pritam Singh and Bhag Kaur relocated their family to the town of Tonk in Rajasthan. The farmland, although fruitful, attracted a lot of wildlife therefore destroying much of their crops. This caused economic hardship for the family. Due to the financial circumstances the family moved to a small village in Punjab prior to the India Pakistan Partition. The village was called Kangniwal. This is the place where the story began for most of our current family.

Assa Singh got married in 1946 to the late Bibi Swarn Kaur. They had 6 children: Satnam Kaur, the late Dhebo Kaur, the late Dheesho Kaur, Charanjit Singh, Harbans Singh and Gurdip Kaur. In 1957 Assa Singh joined the Punjab Army Police (PAP). After he finished is police training at Bahadurghar Killa in Patiala, he took his residency at the PAP head office in Jalandhar, Punjab. Assa Singh was deployed to the India/China Border in 1962 during the Sino-India War. He spent one and half years protecting the border before he was re-assigned, back to Jalandhar.

Along with his police service, Assa Singh tended to the family farm and took care of his younger siblings and children. He received the Gurus Amrit in 1980. In 1984, he got wind of the planned attack on Sri Harmandir Sahib in Amritsar. Knowing that he would have been deployed in Amritsar, Assa Singh resigned from the Punjab Army Police. In 1987 Assa Singh emigrated to Canada with his wife and resided with his youngest son, Harbans Singh Gill and daughter in law Kuldip Kaur Gill. He continued to be a pillar of the family, held various jobs in Canada & helped raise his grandchildren.

Funeral Services will be held in celebration of Assa Singh’s Life on Thursday September 5, 2019 at COUNTRY HILLS CREMATORIUM & FUNERAL SERVICES, 11995 – 16 Street NE at 10:00am. Prayers & Langar will be held at Guru Ramdas Darbar Calgary, 5225 – 84 Street NE following the Funeral.