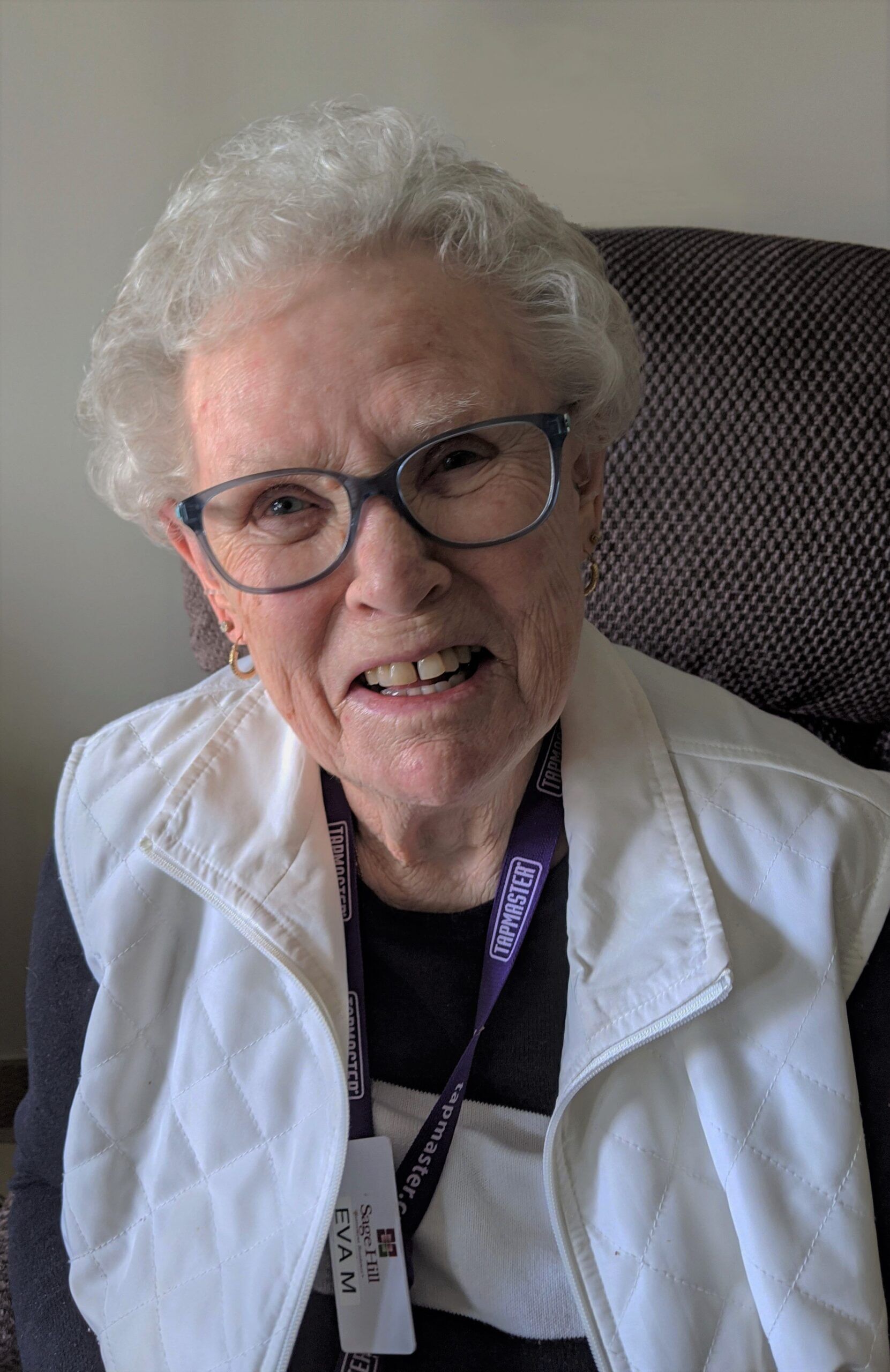 Eva Jean Meyer (nee Marshall) of Castor, Alberta, passed away peacefully on March 6, 2022 at the Sage Hill Retirement Residence in Calgary, Alberta at the age of 90 years. Eva was a beloved wife, mother, grandmother, great-grandmother, sister, aunt and friend to all and she will be dearly missed.

Eva was born in Castor on March 15, 1931 to parents Charles & Susan Marshall. She attended school in Lauderdale and began her first job at the Bank of Montreal in Castor. She met Ray at a Valentines Day dance in Castor and they married on September 3, 1951 where they raised their family. When their youngest (Nolan) began school Eva went back to work at the Town of Castor office. She worked there and at the County of Paintearth office until her retirement.

Their love & dedication to family, church and community brought 54 years of joy and contentment to their lives together.

In 2003 Ray & Eva moved to Hanna until Ray passed in 2006. In 2008 Eva moved to Airdrie/Calgary where she enjoyed being more central to her family. Eva’s greatest joys were keeping in touch with her many friends & family and she especially loved watching curling and sharing in the excitement with them.

As per Eva’s wishes, a private celebration will be held in Calgary. In lieu of flowers donations may be made to Alzheimers Society of Canada https://alzheimer.ca/en/take-action/donate#Ways_to_donate or Canadian Cancer Society https://cancer.ca/en/ways-to-give/personal-donation