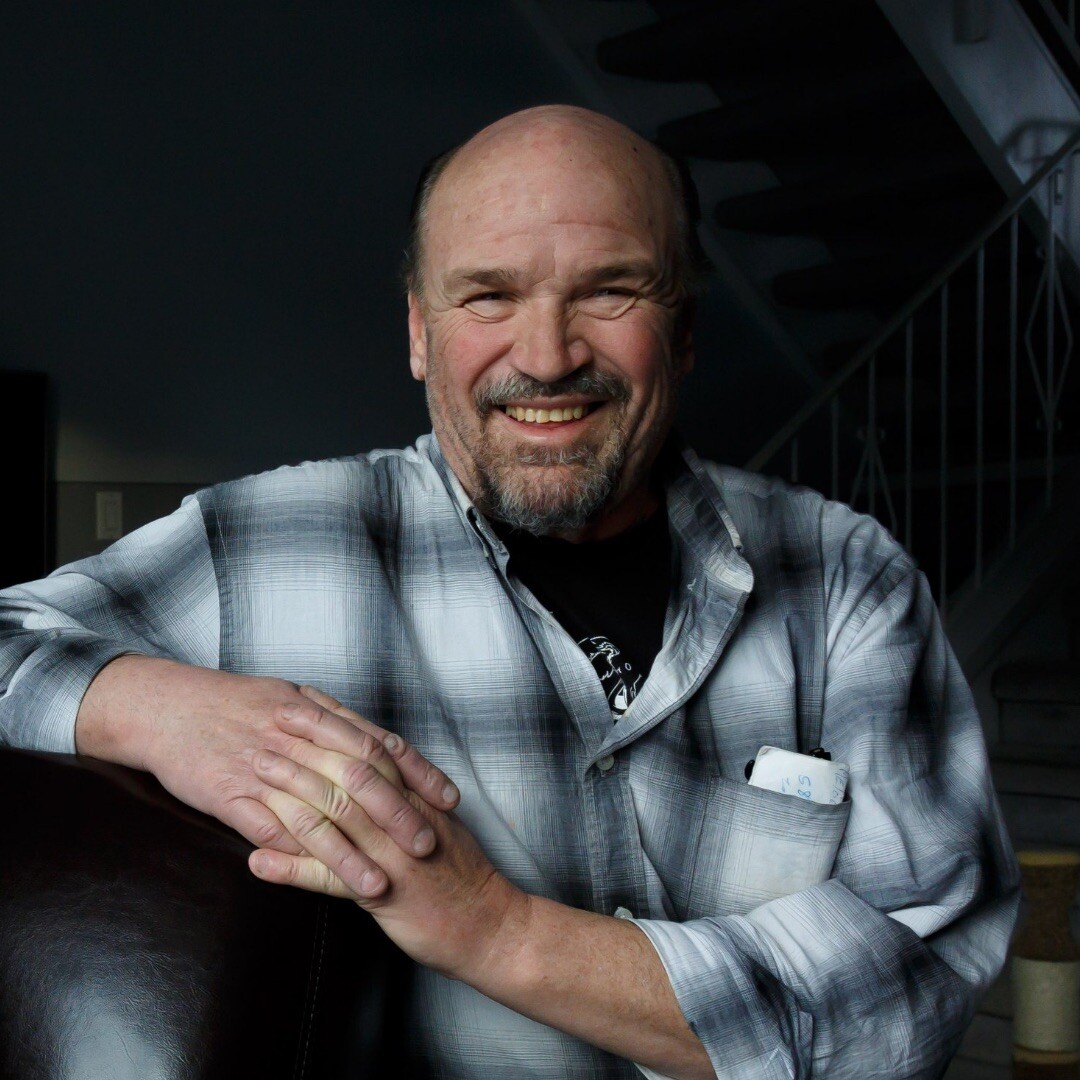 With a heavy heart, we announce the passing of James Hugh Cockriell in Airdrie, Alberta; on January 11, 2022, at the young age of 64. He lost his heroic seven month battle against metastatic prostate and liver cancer.

James – known as Jim; was born in Winnipeg, Manitoba on December 26, 1957. He was the first-born son of Helen Gillis and Clearance (known as Jack) Cockriell. His parents moved to Vancouver when Jim was an infant. He and his five siblings (Verna, Van, Wayne, Jacqueline and David) would be raised in and around the surrounding area. He is survived by his wife, Simone; children: James and Victoria; mother, Helen; siblings: Jacqueline, Verna, and David; along with countless extended family.

Jim was a kind-hearted big brother who immensely loved animals and cars; two traits that followed him into adulthood. While growing up his siblings describe him as an attentive brother who seemed tough but was a big softy. His sister Verna says he was someone who acted as a “rough, tough, cocoa puff” when really, he was “soggy, cornflake.” He had a very special bond with baby sister Jacqueline. Due to their five-year age gap, she considers him her surrogate dad; she lived with him as a young girl for a year. His mother admired her little boy, who had a rough start to life as Jim was born with a tumor. His hardships didn’t end there, and he also had hepatitis as a boy, then a non-curable infection that would follow him through life and contribute to the cause of his liver cancer. Though it was too late for Jim to receive the treatment, hepatitis is now curable.

As a young adult, Jim spent a year at Vancouver Community College studying diesel mechanics, dropping out to pursue his true passion of autobody. Jim could fix anything, not just cars. Further he had a goal to own every hot rod there was, and throughout the years he came close to achieving that goal. Jim always said he most prized car possession was a 1965 Mustang.

In his late twenties, Jim moved to Calgary where he met his wife, Simone. Simone met him through a mutual friend when she bought a 74 Chevy starter from him. She recalls the moment her heart skipped a beat, and it didn’t take long for them to fall in love. They married on September 15, 1990. Their firstborn: James Jr. arrived on February 14, 1991, their forever Valentine’s present. Victoria arrived on December 21, 1993. Jim always said if he had a daughter, her name would be Victoria; not after Queen Victoria, but rather the city.

Jim was an adventurous father who believed that rules were meant to be broken. He taught his children to love history, and to respect and care for animals. He taught them to have a deep curiosity for science and challenge norms. His children would often fill the role of guinea pig, constantly using them to get a good laugh and to obtain strange looks from innocent bystanders; he considered his children to be his whole life and most significant accomplishment.

Jim was the type of person who would give the shirt off his back to anyone; and has been known drop everything to help a stranger with car troubles. He was a social butterfly, the life of the party, Mr. Fix-it, and as said before, an animal lover. Though he lived a tough life at times, he always found joy in simple things. He loved a good cup of tea, eating seafood and spaghetti, watching interesting television (a few of his favorites being Murdoch Mysteries, The Mentalist, and Rust Valley Restores). He also loved going for long drives, having a drink with friends, and above all, discussing history. He was a man who loved life; and fought hard to continue living.

There are few words to describe how much he’s loved ones will miss him. They will miss the random 2 a.m. phone calls and unexpected visits to their homes. They will miss his infectious laugh, crude sense of humor, ability to fix their cars, and the very random gifts he gave; to name a few.

Though Jim is no longer with us, his spirit will live on through all the lives he has touched. His funny jokes will live on through his children and future grandchildren. Jim always stated that if he wrote a book about his life, it would be titled: “Jim Cockriell: The Man, The Myth, The Legend,” and to many people, he was just that.

In lieu of flowers, please consider donating to the Tom Baker Cancer Centre in Calgary, Alberta and continue our fight against all the cancers that take so much from us.

Jim’s family is planning to host a Memorial Service in his honor in summer 2022 when safe to do so. Details to follow.