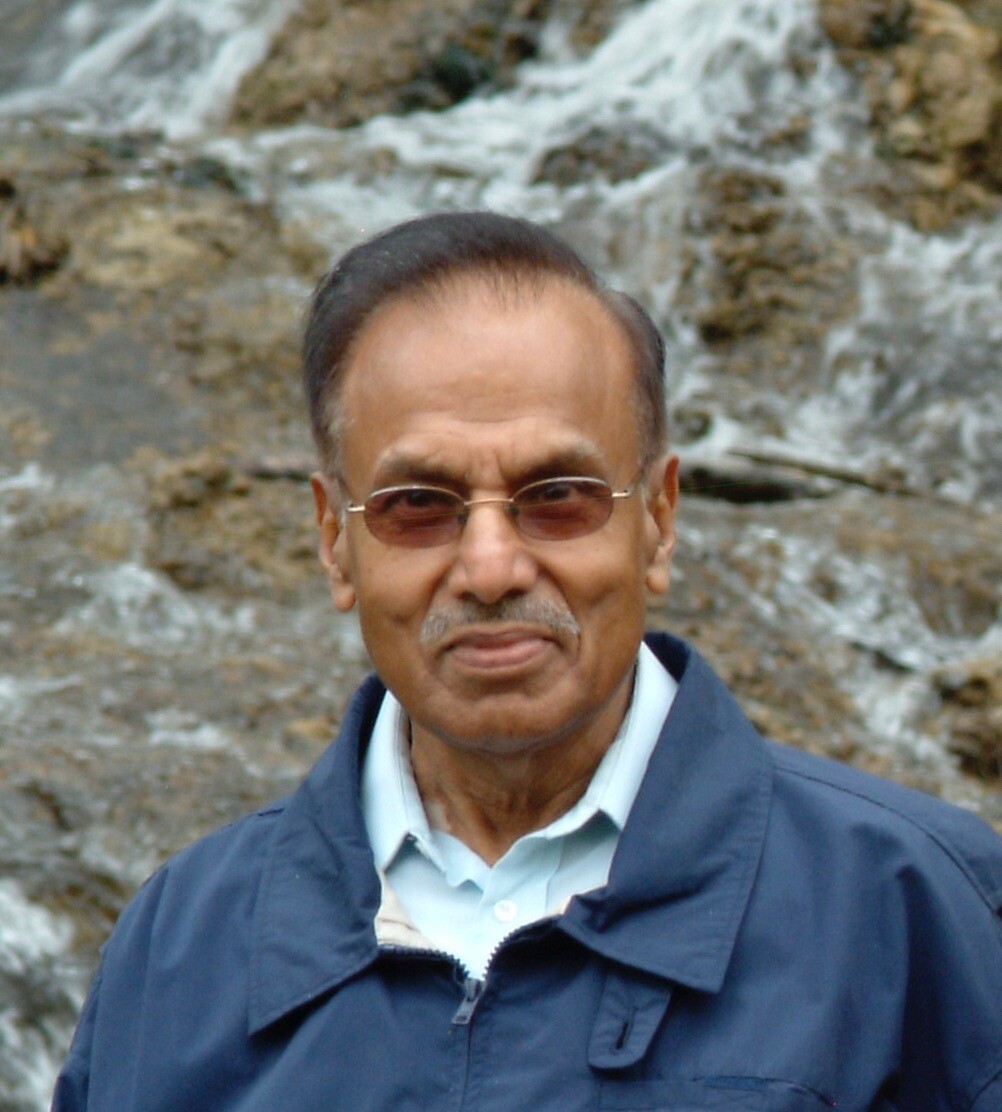 It is with profound sadness that the family of Dr. Madan Kumar Goel announces his passing on September 19, 2021, with his sons at his side.

Madan was born in Jabalpur, India to Purna Chandra and Chhotibhai (Sukhdai) (nee Garg) Goel. He is lovingly remembered by his wife of 58 years, Mrs. Manjula Goel, and his two sons and their wives, Nand (Seema) and Manish (Maninee). He also leaves behind his 5 greatest joys that always brought a smile to his face and laugher into his life.  He is loved and missed by each and every one of them: Ajay, Divya, Ravi, Shivam and Keshav.

Madan was the 4th child in a family of six children. He had four brothers and one sister.  From childhood, he distinguished himself by being very devoted and conscientious towards his family.  In particular, he was instrumental in the running of the family business, a publishing and printing house.  As a teenager, he took it upon himself to help his father run the business, often at the expense of his own benefit.  He was also always lending a helping hand to his brothers and sister throughout his life. He was extremely respected by all of his siblings, both younger and older. Madan strongly believed in the strength and power of family, friends, and community. He loved all members of his family very deeply, including his brother-in-laws, sister in-laws, nieces, nephews, and all of their beautiful children.

He was an active member of the Hindu Society and community, a deeply spiritual man, and believed in the power of prayer. He developed many strong and deep friendships within Calgary and across the world.

Madan also greatly valued education and knowledge. He began his education in Indore, India and graduated from Jabalpur Engineering College in 1961 with a degree in Civil Engineering. Following graduation, he worked for PWD in Indore and as Lecturer at Jabalpur Engineering College before moving to Canada in 1968. He joined the University of New Brunswick, Fredericton, where he earned his Ph.D. in Civil Engineering in 1974. After completing his studies, he worked as a Professional Senior Engineer, both in Montreal and Calgary. He had an opportunity to share his passion of knowledge and education as a lecturer with students both at Concordia University and SAIT.

Madan and his wife, Manjula, moved across the sea to Canada together. While they endured many hardships, their relationship remained strong and steady, as did the home they built. Madan’s sons remember their father as wise, infinitely patient, and incredibly steadfast. They always believed in him, trusted his judgment, and hope to safeguard his legacy.

Funeral Ceremonies will be held on Wednesday, September 22, 2021 at Country Hills Crematorium (11995-16 Street, NE, Calgary) at 3:00 pm.  Proof of vaccination, along with photo ID, must be presented in order to attend the funeral ceremony.  For further information regarding the funeral ceremony, please visit: https://www.countryhillscrematorium.ca/obituaries/dr-madan-kumar-goel/. To view a live stream of Madan’s Funeral Ceremony, please join via this link: https://us02web.zoom.us/j/89383615342.

In lieu of flowers, donations can be made to the Tom Baker Cancer Centre.