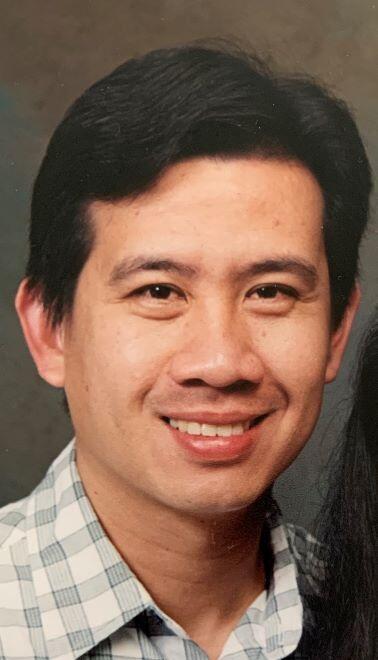 Fortunato Granda, beloved husband of the late Maricel Granda, and father of Camille and David Granda of Calgary, Alberta passed away on Thursday October 1, 2020 at the age of 53 years.
Fortunato was born in Pampanga, Philippines on October 14, 1966. He moved to Calgary, AB, Canada in 1997. He graduated from the University of Assumption with a degree in Business. He married the love of his life, Maricel in 1995 and later welcomed two beautiful children into the world.
Fortunato accomplished much throughout his life and was particularly proud of building a life he fervently shared with his wife, children and extended family and friends – whom he loved dearly. He enjoyed playing basketball, walks, spending time with his siblings, watching his sons basketball games, travelling to the Philippines and enjoying ice tea while he gardened with his wife.
Fortunato is survived by his daughter Camille Granda and son David Granda from Calgary, AB. Fortunato is also survived by his two brothers Johnny Granda from Pampanga, Philippines and Perry Granda from Calgary, AB;  his sister Precy Hargreaves from Calgary, AB; as well as numerous nieces, nephews, cousins and dear friends. Although Fortunato has joined the love of his life – his wife, father and mother in heaven, Fortunato’s bright life will never stop shining in all of the hearts that he touched throughout his life.
A Memorial Service will be held at COUNTRY HILLS CREMATORIUM & FUNERAL SERVICES, 11995 – 16 Street NE on Saturday, October 10, 2020 at 12:00 pm.
Due to restrictions for mass gatherings, attendance will be limited to 85 people at a time. Masks will be mandatory.
For those wishing to participate from home, please visit: https://us02web.zoom.us/j/86920010533 and enter the meeting ID: 869 2001 0533
Messages of condolence may be forwarded to the family at https://www.countryhillscrematorium.ca/obituaries/fortunato-granda/