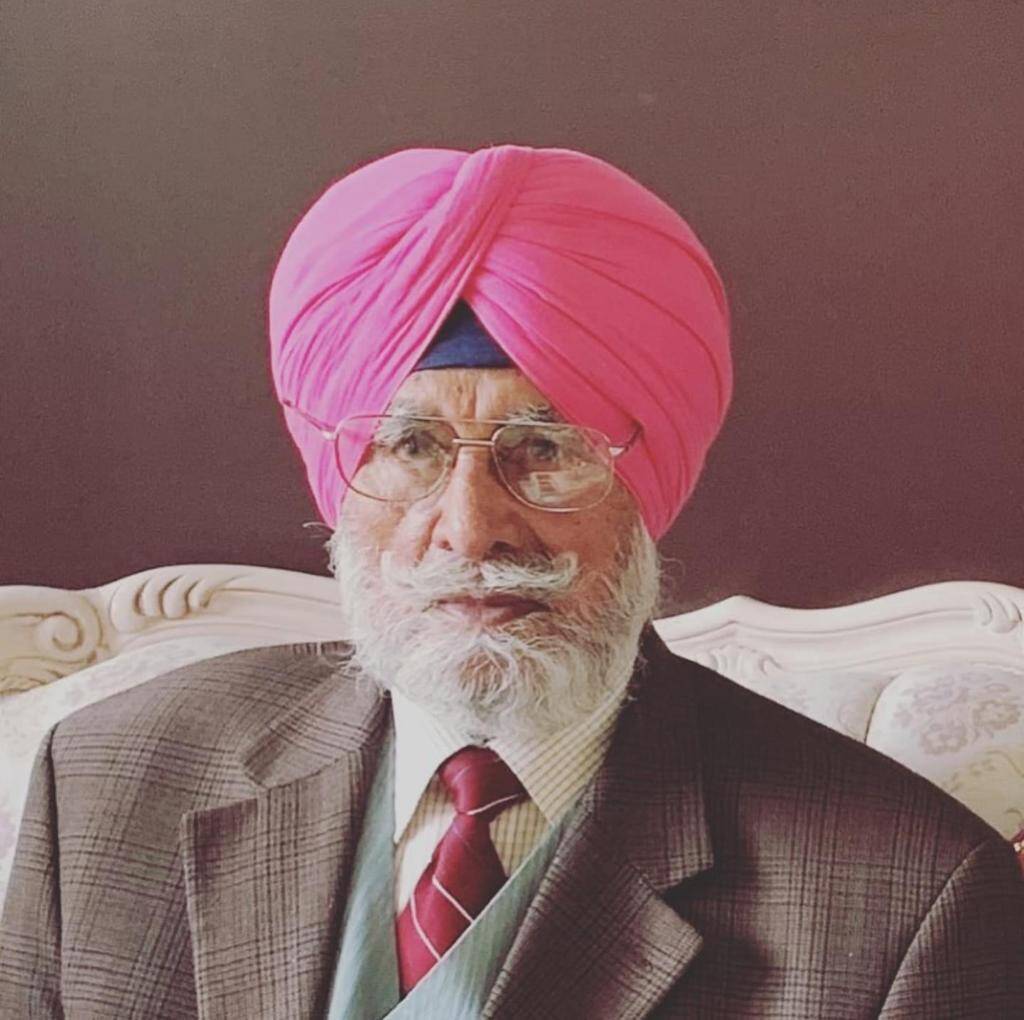 Advocate Sukhdev Singh Khera was born on October 11, 1934 in village Chak 232 District Lyallpur, Pakistan. His father Sardar Moola Singh and mother Sardarni Bhagwan Kaur were farmers and devout Sikhs. After the partition of India and Pakistan in 1947, Khera Sahib and his family made a difficult journey migrating from Pakistan to Khadur Sahib. From an early age, Khera Sahib showed a curiosity for knowledge, a trait that accompanied him throughout his entire life. Khera Sahib took initiative in everything he did, and was able to admit himself into a middle school without any prior education or references. He always stood first in his class, and his dedication to his studies eventually led him to obtain a Bachelor’s of Science in Agriculture in 1955 from Khalsa College in Amritsar. In 1956 Khera Sahib married Sardarni Parkash Kaur, niece of Dr. Anoop Singh, a prominent Member of Parliament in India at that time.

Not only was Khera Sahib intelligent, but he was also an exceptional athlete. He was an integral part of both his College Athletic team and the Punjab University team. He was selected to represent the entire State of Punjab in the All India Inter-varsity Athletic Meet in 1956 and was awarded the best athlete of his college. His dedication to sports was second to only his studies where he earned top accolades resulting in acceptance to the Pusa Institute in Delhi where he obtained his Masters of Science in Agriculture.

Khera Sahib then joined the Delhi police where he served as a proud and decorated member for over fifteen years. During his service as an officer, Khera Sahib continued to pursue his studies and in 1973 he completed his law degree from the Delhi University. He made a decision to pursue law and become a Criminal Lawyer in Tarntaran where he practised as a distinguished lawyer for fourteen years. During his practising years, he handled a number of high profile cases that earned him a remarkable reputation which still resonates in that district today. Khera Sahib was a true man of Seva. He would ensure that income he earned for the first half of each month would go to support his own household, so he could use the remaining month to help clients who could not afford proper legal representation.

In 1987, at the age of 53 years, Khera Sahib migrated to Canada. His passion for community service led him to help build the Dashmesh Culture Centre, and then helped establish the Dashmesh Cultural Senior Citizens Society where he served as president for many years. It is here where he committed majority of his time and energy by volunteering and providing seniors with free: legal support, advocacy, counselling, filing taxes, translations, and other matters. He helped seniors in all capacities regarding complex issues with their pensions, old age security, taxes, and wills. He would often spend time researching the law at libraries as it related to specific issues for the seniors and then wrote opinions of his interpretations which often resulted in successful decisions. His work did not go unnoticed in the community and on June 2006 he was awarded with the outstanding Calgary Senior Award amongst many other awards he obtained over the years. One of his proudest achievements was winning a ten year long high profile pension case. Even at the risk of losing his own pension, he fought the case and was able to reinstate thousands of dollars of pensions for many of the elderly residents of NE Calgary whose pensions were abruptly stopped. His work set a precedent in Canada, and in 2017 he received a public apology by the Canadian Government.

Khera Sahib visited his homeland of Punjab regularly. During his visits, he would spend majority of his time helping the oppressed. He will be remembered by everyone in his native village NATHOKE, Tehsil Khadoor Sahib, District Tarntaran where he used to provide financial aid to families in need for medicines, marriage of daughters, and the repair of their homes. Khera Sahib went on to establish the Shri Guru Angad Dev Charitable Hospital Khadoor Sahib, a hospital that continues to help the needy.

Khera Sahib nurtured two things above all. His love for his community and his love for his family. He exceeded in both areas. Khera Sahib was held in utmost respect by almost everyone he came across. Family and friends often came to him for advice and guidance. In particular, he shared a special bond with his nephew Amritpal Singh Khera, whom with his guidance followed his steps and became a lawyer and is now stationed as the Deputy District Attorney at Amritsar.

Khera Sahib was blessed with good health, a loving family, and a long and happy life. In his final days, Khera Sahib showed the same traits that he showed his entire life: Grace, courage, selflessness, and spirituality. He passed away peacefully on October 31, 2020 in Calgary. Khera Sahib leaves behind his devoted wife Prakash Kaur, four loving daughters (Rajinder Randhawa, Jatinder Dhillon, Rupinder Kahlon, and Raminder Sandhu), his brother Principal Bhagwant Singh Khera, and his loving sister Gurbir Kaur Pannu. He also leaves behind a large extended family including his two great Grandchildren Maya and Tristan Randhawa who he was especially fond of.

The friends and acquaintances of the Khera family are respectfully invited to attend the funeral services of Sukhdev Singh Khera to be held at 11am on Saturday, November 7, 2020 at the Country Hills Crematorium (11995 16st NE, Calgary, AB). Final prayers will be held at the Martindale Gurdwara (135 Martindale Blvd. NE) immediately following the funeral. In lieu of flowers, family requests donation be made to the Dashmesh Culture Senior Citizen Society.

Sukhdev Singh Khera will be missed, but never forgotten.

For those who are unable to attend, arrangements for a live stream of the funeral service are being made.  Attendees are encouraged to bring their own rumals.  As per the City of Calgary bylaw masks are mandatory.

Messages of condolence may be forwarded to the family at: https://www.countryhillscrematorium.ca/obituaries/sukhdev-singh-khera/