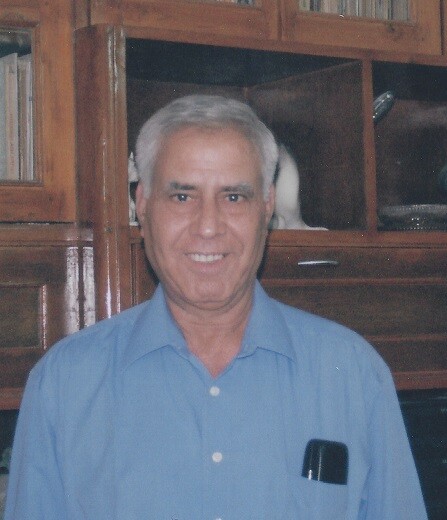 It is with deep and profound sadness that the family of Rattan Singh Garcha announce his passing on September 25, 2021 at the age of 73 years.

Rattan was born in Kohara, Ludhiana, Punjab, India to Bhagwan Kaur and Nidhan Singh on April 6, 1948.  His memory remains an inextinguishable light for his wife of 49 years, Mrs. Charanjit Kaur Garcha, his son and daughter, Darius and Karen, and son-in-law, David.  He was recently blessed with the arrival of his first grandchild, Cillian, who served as a new source of joy and inspiration in his life.

Rattan’s life was an exemplar of tenacity, service, and education.  Born into an agricultural family, he was the 2nd of five children.  After a brief tenure in the Indian Navy, he determined that a career advancing technological development better aligned with his aptitudes and interests.  He earned a Bachelor’s degree in Electrical Engineering from Guru Nanak Engineering College in Ludhiana, Punjab in 1970 while still working on the family farm.  Upon graduation, he turned down a career in the Indian civil service to take on a draftsman role with Demag Cranes in Mississauga while pursuing his Master’s thesis degree in Electrical and Electronics Engineering part-time from the University of Waterloo, graduating in 1977.  His career spanned across companies from Mississauga, to Niagara Falls, to Fort McMurray, where he earned his MBA from the University of Alberta.  While in Fort McMurray, he launched a highly successful construction business which he managed alongside his wife for over two decades.

Rattan prioritized the success and well-being of all the people in his life.  He was particularly devoted to his wife and children, whom he guided and mentored towards their own successful careers in engineering and business.  They looked to their father for his steady hand and sage wisdom all their lives.  He earned the love and respect of his brothers, sisters, nieces, nephews, and in-laws by playing the leading role in establishing their presence in our great nation starting in 1976.  Most of his siblings have gone on to create their own successful businesses.  As an active member of APEGA (Professional Engineers of Alberta), Rattan earned a professional PEng designation and mentored countless students and Engineers-in-Training who advanced into management positions throughout Alberta and the rest of Canada.  He was awarded a fellowship by Engineers Canada in 2009 in honor of his contributions to the engineering profession towards which he was so dearly committed.

Rattan was possessed of an insatiable curiosity and boundless energy that served him well in his personal pursuits.  He was an avid golfer, introducing the sport to many of his friends.  He also enjoyed tending his garden which allowed him to reminisce on the farming days of his youth.  His family intend to secure his legacy and carry it forward into future generations.

Proof of vaccination, along with photo ID, or medical exemption must be presented in order to attend the Funeral Ceremony.

Condolences, memories and photos may be shared and viewed on Mr. Garcha’s obituary at https://www.countryhillscrematorium.ca/